It's well past the due date for an update around here. I've found that every time I decide it's time for a new entry all that happens is I accumulate a new draft. I've got this obsession with going large on the blog posts which tends to mean not finishing what I started.

So my resolve is to be ok with making somewhat shorter and more frequent posts. I'm fairly certain I've made a similar resolution before, so let's hope this time it actually works. 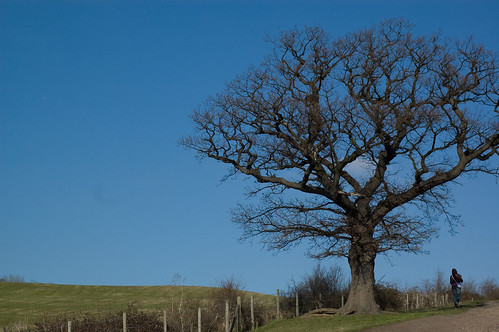 I've finally managed to start uploading some photos of our travels (which I'm actually happy with). Over the weekend we spent a day out at Hadleigh Castle and Southend-on-Sea. Hadleigh Castle now looks far more like a pile of rocks than it once did, but it was still well worth a trip. We had one of the best days we've seen since landing in the land of cloud, but unfortunately, the beautiful blue skies were somewhat overpowered by the bitter, bitter cold. Southend-on-Sea was one of the strangest places I've been. The esplanade was wall to wall games arcades, and take away joints selling horrible greasy food. The only interruptions seemed to be the occasional strip joint. There were also a bunch of amusement parks along the 'beach'. Southend-on-Sea is also the home to what is apparently the world's longest pier, which we had every intention of walking the length of, but were thwarted by the bitter, bitter cold1.

That'll do for today. Short but...well, short. I'm aiming for frequent and short.