Which means I totally forgot to wish two important people a happy birthday!

Here is a picture I took in celebration: 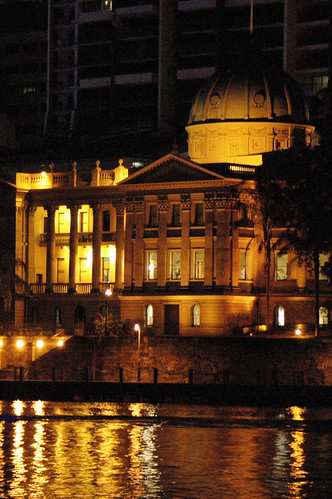 Since I'm talking about birthdays I might as well do a wrap up of my birthday. The actual day was a pretty low key affair (I went to work) but I did play soccer (always a highlight) and I had the Easter long weekend to look forward to. We absolutely killed the opposition at soccer. Coming of the previous week where we knocked off the two top teams1in mens we had another mens double header (back to back) as well as a mixed game. We are now well clear of the top of the table in mens.

Laura and Jiselle took it upon themselves to organise me a birthday party at the very last minute and got the grand total of six people there (including themselves) after buying food for 20. The six also included my Mum. I think they had hoped for a bit better turnout, but thanks anyway for trying, girls.

On Saturday evening my immediate family climbed the Story Bridge as part of my birthday present, which was pretty damn cool.

Sunday and Monday saw various activities mostly involving the computer from what I recall.