Today my Dad turns 50. It's not easy to express what a dad means to a person and this is most certainly the case with my Dad and me1. 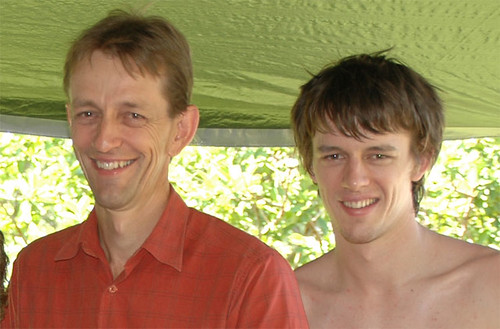 I'll start by saying we go back a long way, nearly 23 years, so it's fair to say I know a lot about him and can probably make a fairly accurate assessment of his character. But let's face it, he knows much more about me than I know about him, so I've still got to be careful what I say.

I have an overwhelming amount of love and respect for my Dad, but, as regrettably is often the norm, I don't say it nearly often enough2. From the moment I was born I have found it fun to be alive, this, along with all my other key personality traits (not to mention my dashing good looks) can all be directly linked to the wonderful parentage and parenting Dad provided.

As I have grown older I've come to appreciate more and more the level of care that was taken in my upbringing. The love and care Dad has provided me with over the years is hinted at in the photo below3. 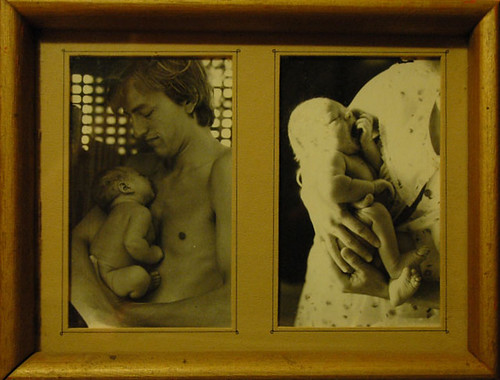 So thank you for everything, Dad. If I pull off fatherhood nearly as well as you have, I'll be exceedingly happy.

Many times throughout my childhood, I seem to remember Dad's birthday being forgotten4, apparently because it is so close to the Christmas/New Year excitement. Well, that certainly hasn't happened this year, and there is a big bash scheduled to be held this weekend. People are coming from far and wide for what is hoped to be one of the best Sunday afternoons on record. There will be plenty of fun and food, some wonderful music, a pool for the summer heat, friends and family galore, and most importantly, a jumping castle.

As part of the party, Laura and I have been asked to run a trivia quiz on the 50 years of Dad's life. In that spirit5 here are a few events and people that share an anniversary with Dad's birthday: